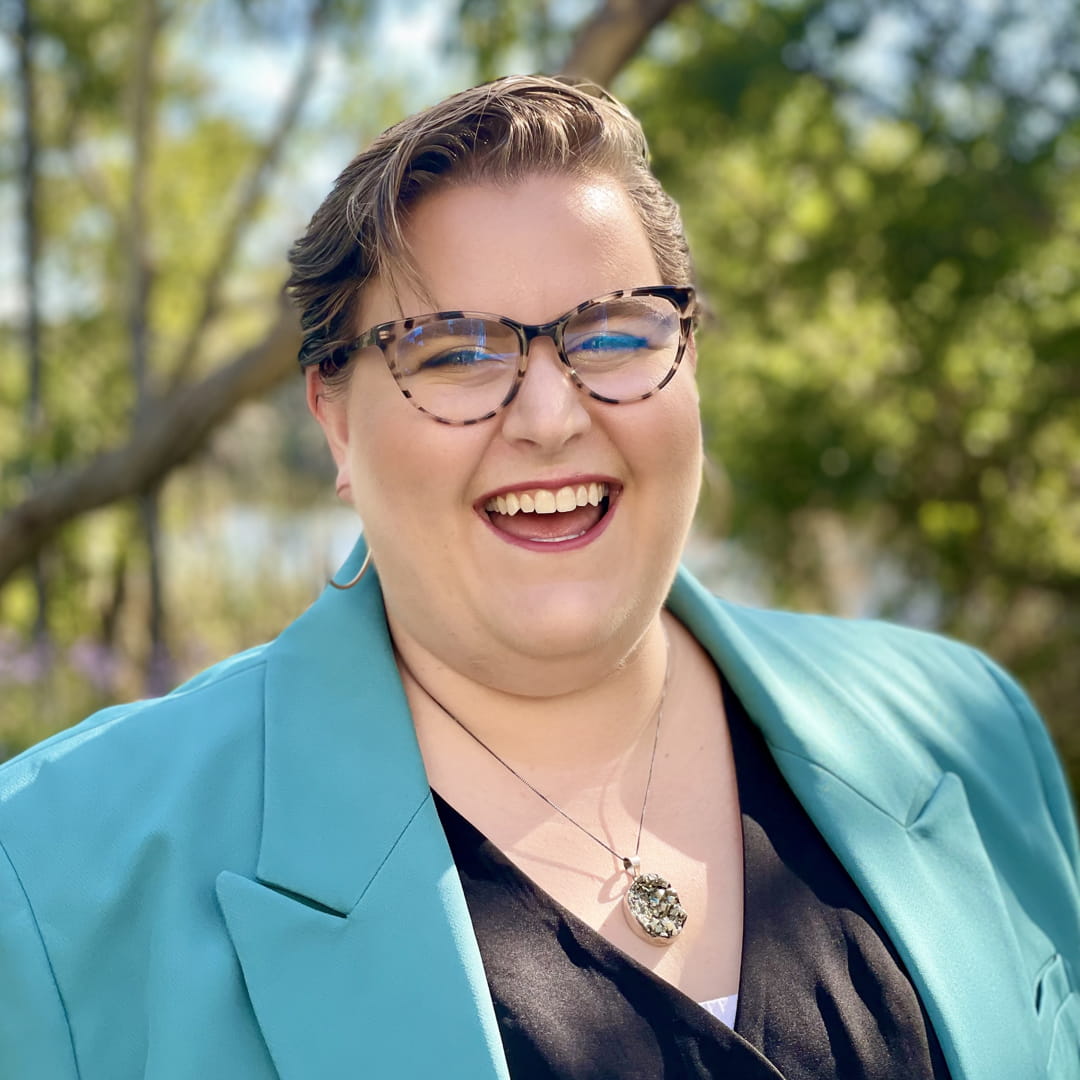 Becca Barrett (they/she) is a Voice Practitioner and Theatre Maker based in London via Hawaii and New York City. Originally trained in Musical Theatre, Becca has performed in New York City and London; everywhere from underground Cabaret bars, to repurposed churches, to Carnegie Hall, to the private residence of HRH King Charles III. They are currently completing their MFA in Voice Studies at the Royal Central School of Speech and Drama, and received her BA in Theatre Performance and Gender Studies from Wagner College and her MA in Musical Theatre from the Royal Welsh College of Music and Drama. Becca recently returned from touring the U.S. with Speak About It, a non-profit sexual assault prevention and consent education organization. They teach spoken and sung voice across the world (virtually) and in London (in person), specializing in inclusive and accessible pedagogy. www.becca-barrett.com