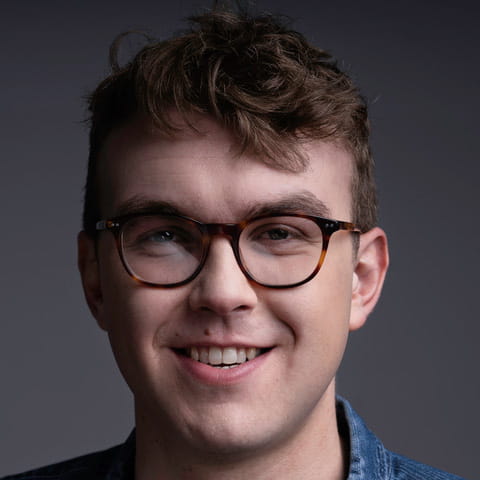 Máth is a Welsh-born musical director, composer, pianist, and performer. After completing his BA in music at Oxford University, he continued his training at the Royal Academy of Music. Máth’s most recent work includes Musical Director for Merrily We Roll Along (Oxford Playhouse), and Musical Director for Urinetown (Royal Academy of Music), and Máth’s musical song-cycle, What Comes After was performed at the Burton Taylor Studios under his direction. Outside of the theatre, Máth is a voice actor and a published classical composer, in both chamber and choral music, including commissioned work by The International Piano Festival of Wales. Máth’s orchestral arrangements can be heard on the albums of prolific performers of the west end and his vocal A cappella arrangements for the Oxford Alternotives gained him national recognition in the 2020 ICCAs.