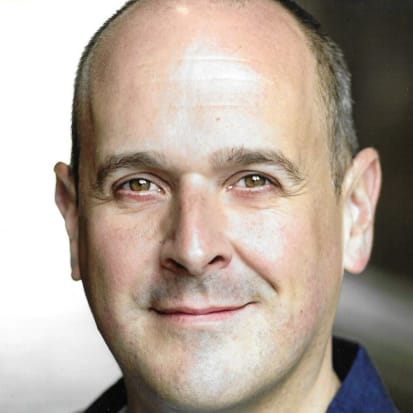 After graduating from the University of Warwick, and Central School of Speech and Drama, Nick has undertaken a range of roles, including television presenting for the BBC, and work with the Steel Wasp Theatre Company, of which he was a Co-Founder. It was at Warwick, under the mentorship of Dr Carol Rutter, that he developed his passion for Shakespeare. Productions directed include Coriolanus, Love’s Labour’s Lost, The Tempest and Romeo & Juliet.

As Associate Director of Billy Elliot the Musical in London, he directed no less than 15 Billy Elliots into the show….all of whom taught him a great deal! He also worked for Billy on a range of media projects, including the BBC Celebration of Bruce Forsyth’s 80th Birthday, and the ITV Celebration of 60 years of the BAFTA Awards. He also took four “Billys” to Downing Street to meet the Prime Minister, co-ordinated the staging of the 5th Birthday Gala Performance of the show, and directed the first 2 years of the ground-breaking “Billy Elliot Youth Theatre” Project.

Nick was Associate Director of Rock of Ages (London) and, again as Associate, was involved in the creation and staging of the World Arena Tour of Jesus Christ Superstar, which opened at the o2 Arena and then toured the UK and Australia. He went on to work as Resident Director for the International Tour of Mamma Mia.

Nick has enjoyed a long association with the internationally-regarded West Glamorgan Youth Theatre Company, with whom he has directed productions as diverse as Guys and Dolls, Oh! What a Lovely War!, Howard Brenton’s Anne Boleyn, and Berkoff’s Metamorphosis.

He oversaw the UK and International Tour of Mary Poppins for Cameron Mackintosh, the largest show to ever tour the UK, as Resident Director. Nick was also the International Associate for Bat Out Of Hell The Musical, playing a key role in the staging and running of the show at the Dominion Theatre in the West End, in Toronto, and in a separate production for Stage Entertainment in Germany.

Nick is proud to have originated and led Hear the People Sing, an original staging of Les Miserables using over 100 young people from the communities of West Yorkshire to celebrate the life and values of the British MP Jo Cox, murdered in 2016.