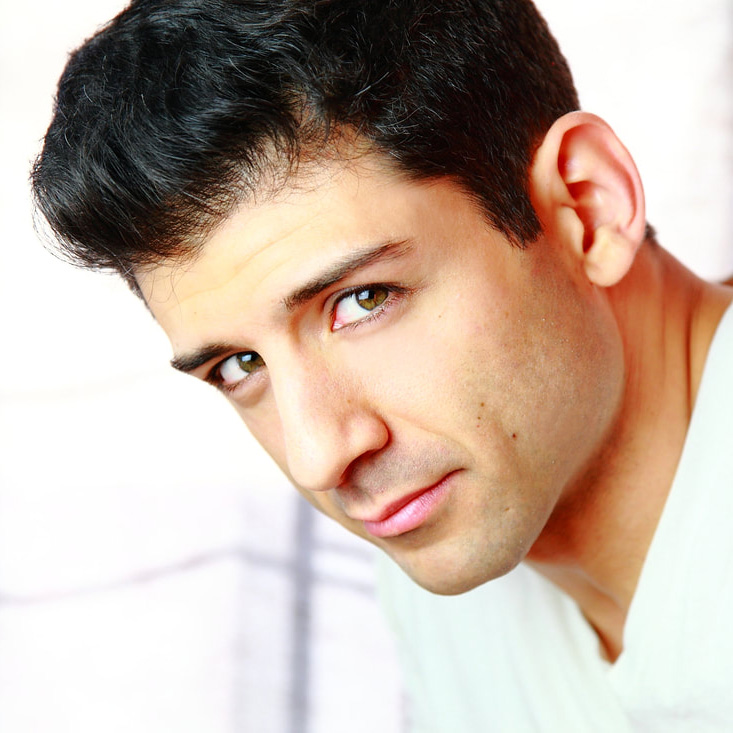 David Tony Yazbeck will portray Cary Grant in the new original Broadway musical Flying Over Sunset this fall at the Vivian Beaumont theatre. He recently premiered his solo concert at Lincoln Center’s American Songbook series. He also was featured on the PBS Great Performances special The Bernstein Centennial Celebration at Tanglewood. Prior to that, he starred in the Susan Stroman/Harold Prince–helmed Japan and Broadway productions of Prince of Broadway for which he received the Chita Rivera Award as well as Drama Desk and Outer Critics Circle Award nominations.

For the 2014 Broadway revival of On the Town, he won the Astaire Award and was nominated for Tony, Drama League, and Outer Critics Circle awards for his virtuosic performance. His other Broadway credits include Finding Neverland, Chicago (Billy Flynn), Irving Berlin’s White Christmas (Phil Davis), Gypsy opposite Patti LuPone (Tulsa; Outer Critics Circle nomination), A Chorus Line (Al), Oklahoma!, Never Gonna Dance, and Gypsy with Tyne Daly at the age of 11. Off-Broadway credits include A Chorus Line (City Center), The Cradle Will Rock (Classic Stage), The Beast in the Jungle (Vineyard Theatre), The Scarlet Pimpernel and Crazy For You (David Geffen Hall), Fanny Hill (York Theatre), and for New York City Center Encores! he has appeared in Little Me, On the Town, Gypsy, The Apple Tree, A Tree Grows in Brooklyn, and Pardon My English. Regional credits include Alliance, Barrington, Williamstown, Hartford Stage, Goodman, The Muny (St. Louis), Goodspeed (Connecticut Critics Circle Award), Signature (Helen Hayes Award), Trinity Rep, Paper Mill, and Old Globe. Mr. Yazbeck was seen internationally in Kiss Me, Kate at the Royal Albert Hall in London under the baton of John Wilson.

His television and film credits include Billions, Smash, and the feature documentary Every Little Step. In concert he has appeared with the San Francisco Symphony under Michael Tilson Thomas; Carnegie Hall with the New York Pops under the baton of Steven Reineke; with National Symphony Orchestra at Wolf Trap with Michael Barrett; and most recently at Tanglewood with the Boston Symphony Orchestra celebrating Leonard Bernstein. Mr. Yazbeck also stars in his own song and dance show. His debut album, The Floor Above Me, has been released digitally and on CD by PS Classics. He will make is New York directorial debut at David Geffen Hall on Feb. 14th 2021.